There, I did it! I dared to leave out covariance and contravariance from the title while that’s the very subject. Why? Because it isn’t important to know exactly what they mean and I still find those terms confusing. As a matter of fact, I won’t mention them again. If you want to know how they relate to the discussed subject, read Eric’s excellent description on the actual meaning of them. This is an introductory post to a few follow-up posts relating to the subject, so more is on the way!

You wouldn’t be reading this if you weren’t acquainted with inheritance, and probably you know about generics, so let’s start from there.

Cats and dogs are animals.

This allows you to safely do the following implicit casts, no big deal.

Cats and dogs make excellent pets, so let’s use the following generic approach.

Notice how pets can only play with animals of their own kind. Regardless of the cute picture above, this means cats and dogs don’t get along, and can’t play together. When a pet runs off, it is no longer a pet, but just an animal.

Of course, pet dogs can still play with dogs, and pet cats with cats.

The delegate representation of a method returning an object and taking no arguments is Func. Pet.RunAway is exactly such a method, returning generic type T.

Programming is all about abstractions. When a pet runs off, is there always a need to know what kind of animal it is? The answer is no, any pet that runs off is certain to be an animal. You can easily do the following starting from .NET 4.0.

The same assumption can’t be made about the Pet.PlayWith method. I already demonstrated dogs can’t play with cats, so we can’t generalize dogs can play with any animal. So what is different about PlayWith? First, I need to introduce you to bulldogs. 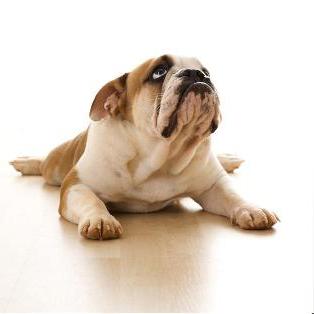 A bulldog is a dog, but a dog isn’t always a bulldog. However, a bulldog is a dog, and any dog can play with any other dog, regardless of its kind. The following delegate casts are possible in .NET 4.0. Action represents a delegate with a single argument of type T but no return value.

The conclusion is we can only make assumptions about types based on the interaction it is used in. Two interactions can be distinguished.

The problem with generics is the type parameters can be used both as input and output, so an upcast to a ‘less’ generic type isn’t possible.

But, what if you can guarantee a template argument will only be used as input, or will only be used as output? .NET 4.0 allows you to indicate this on generic interfaces and delegates by using the in and out keywords. It is these keywords which allow the aforementioned casts of the Action and Func delegates. A decision was made to leave this feature out for generic classes, since there are little useful scenarios for it.

As an example for our pets, the following is an interface where the generic type is only used as output.

Is this still not flexible enough for your purposes? Be sure to follow my next few posts which will discuss useful workarounds in scenarios where more assumptions can be made, more specifically during reflection.

I have a PhD in Human-Computer Interaction and am currently working both as a software engineer at iMotions and as a postdoc at the Technical University of Denmark (DTU). This blend of research and development is the type of work which motivates and excites me the most. Currently, I am working on a distributed platform which enables researchers to conduct biometric research 'in the wild' (outside of the lab environment). I have almost 10 years of professional software development experience. Prior to academia, I worked for several years as a professional full-stack software developer at a game development company in Belgium: AIM Productions. I liked the work and colleagues at the company too much to give up entirely for further studies, so I decided to combine the two. In 2009 I started studying for my master in Game and Media Technology at the University of Utrecht in the Netherlands, from which I graduated in 2012. View all posts by Steven Jeuris

One thought on “Casting generic types”